By Finy - May 04, 2018
This is genuine Jewish chicken soup, although you could add other things to it, and I mention these at the end of the recipe.

It is extremely economical to make, and you can actually use any raw vegetables other than the ones on the list.

Make it and freeze it, as it freezes well, and is also handy for use in cooking when you need chicken broth.  You can also add other things like noodles, Knoedel and the like to this soup.

It is once again a recipe that is only limited to your imagination.  It always works out no matter what you put into it and you cannot have a failure with this recipe.

I usually make it the day before I want to use it, put it in the fridge and then skim off the fat before heating it up again.

This is the real Jewish chicken soup that is meant to be "good for the soul". 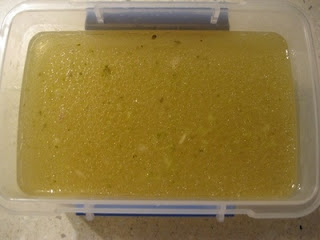 Method
Clean the giblets and necks, taking off any loose fat.  Then clean the chicken frames, taking care to clean the inside thoroughly.

Wash the vegetables and peel those that need peeling.  Cut them up slightly (easier to find later if they are big). Put these in with the cleaned chicken in a large pot.

Cover this with cold water to about 3/4 of the way up.  Bring it to the boil, and simmer as low as you can for about 2 hours.  If a scum forms when it first starts to boil, remove this. 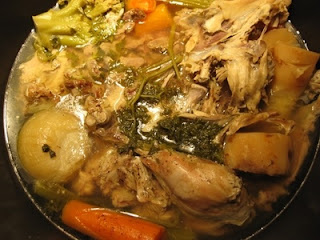 Allow to cool in the pot, and then strain -I take out the chicken before straining and also the large pieces of vegetables. 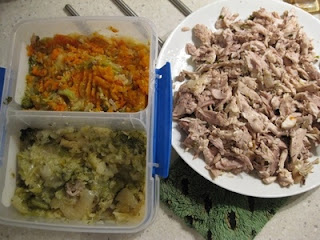 Put the strained soup in the fridge overnight so the fat rises to the top.  Mine had very little fat as I took most of it off before I cooked the soup. 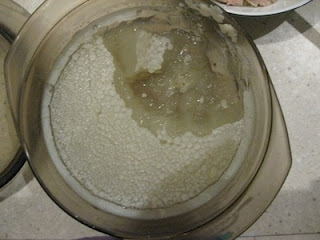 Take the white fat from the top and discard, and add whatever you want to this -it could be a rice noodle, or pasta, or you could even cut up the vegetables and put them back in the soup.  Traditionally however, this soup is served with the giblets, and Matzoh balls, which can now be bought quite easily in a ready to make mix. 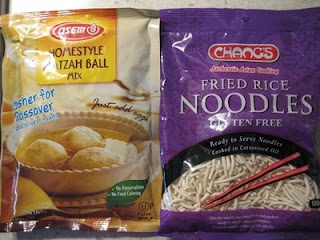 Popular posts from this blog

Chicken with Walnuts and Hoisin Sauce 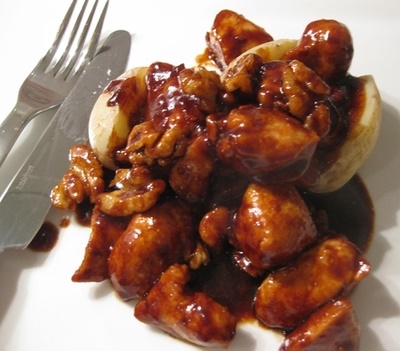 This is an interesting mixture of ingredients, and is both sweet and salty.

I love food cooked using Hoisin sauce - this is the sauce that is used in Peking Duck which is one of my all time favourite foods.  It has an unusual taste, and goes very well with so many other ingredients, whether they are vegetarian or meat dishes.

This meal has a rich and unusual flavour, and could be also served with steamed vegetables.

Cashew nuts could replace the walnuts if need be, however I had walnuts in my fridge so that is what I used in this instance.

I served it over potatoes so that I could soak the sauce into the potatoes, and then I dipped fresh home made bread into the left over sauce!  This was delicious and well worth eating a bit less so you can fit this in.

And remember, as I always say, my lovelies, do NOT over cook chicken breasts - they become dry and tough when overcooked.  If you JUST cook them so the pink is only just gone, they will be melt in your mouth delicious.

I mostly use …
Read more 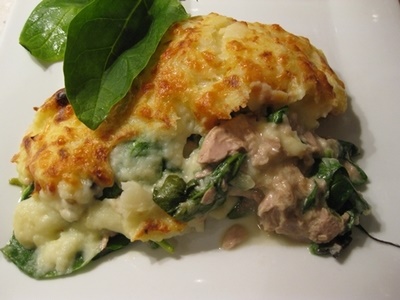 This is a family meal, and a good way to get children to eat vegetables, as they are hidden!  If need be, cut them up very small so they do not actually see them.  This is healthy, as it has tuna in it which is rich in Omega 3's.

The taste of this meal is extra delicious, and quite easy to make with only 30 minutes of cooking time.  It can also be heated up easily in the microwave if you are making it for less people than five - I generally only cook for about 2 people but had visitors when I made this meal.

I generally use John West large tins of tuna in spring-water, however tuna in brine will also be OK - I do not use much salt in cooking due to high cholesterol problem! 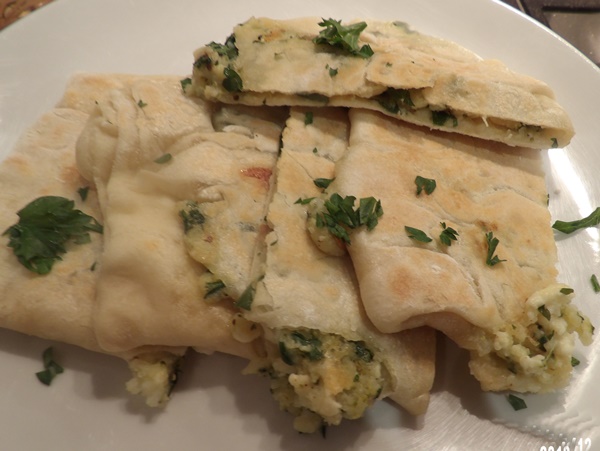 Gozleme - these are Turkish and are a stuffed flat bread type of meal.

The Turkish people have been making these for many years, and I have been eating them out for about a year.

In fact, I have written an article about Gozleme cafes, which you can check out here.

There are all different fillings you can put in these, however they are mostly spinach and feta, or rather that is a very popular option.  You can also have them with meat however I no longer eat red meat very often.

Eating them out at Turkish cafes is usually very cheap and one serving is enough for two people for lunch.  This makes them only about $6 Australian each for a lunch, which is indeed very cheap!

They are always made fresh, and you can often watch the skill and dexterity which they use in making this bread - I find this fascinating to watch.

I decided I would try them myself as I generally prefer home made food as I know exactly what goes in it, and there are usually less chemicals if you cook the food yourself.

It is…
Read more